On our second day at the Island, we paid a visit to Armeflhor, an agricultural estate in Saint-Pierre. We met Guillermo Insa, the head of Armeflhor, and Jean-Pierre Avril, a farmer who introduced us to their work, historical context, preservation of endemic plant species, and geographical characteristics of the Island.

Because of its volcanic qualities, only a quarter of land on the Island is useable for agriculture, and out of the land available, a third is used for producing sugar cane, a third is used for keeping livestock and a third for fruits and vegetables. It is important to preserve the land from spreading invasive exotical plant species and to focus on producing more and improving the quality of fruits and vegetables already available.

Armeflhor consists mostly of greenhouses which are used for a variety of purposes such as preserving endemic species, such as certain breeds of roses, crossbreeding different kinds of tomatoes to get a new one which can endure higher temperatures. Some of the plants include coca, coffee, teas and geraniums which are used as neutral grounds to prevent uncontrolled growth and spreading of different plants. There’s also a special kind of an insect, very similar to a bumblebee, but capable of living in warmer climates, that’s used for pollination and crossbreeding of species.

The whole estate is planned to be self-sufficient that uses bio-production, meaning there are no chemicals used, parasites are controlled by insects, recycled water is used for watering the plants, and weeds and any plants in surplus are transformed into liquid composting material using all natural means.

Armeflhor also works with local farmers and, depending on the demand, grows any fruits and vegetables that are then sold on local markets. 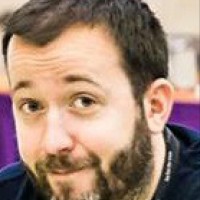